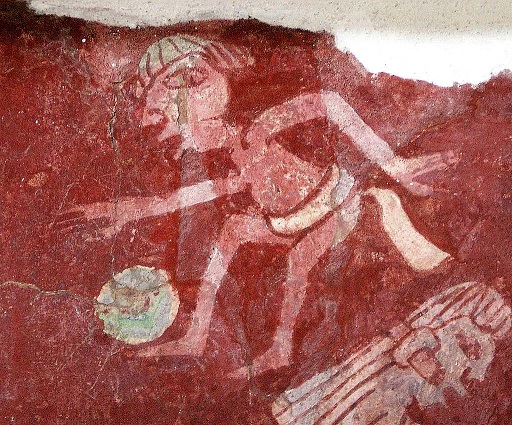 The death of the great Dutch footballer Johan Cruyff gives confirmation, if any were needed, that football has for many people an almost sacred position in modern life. This reverence has a long history. Football in one form or another dates back to the earliest civilisations. Early kicking games developed in China and among Australian aborigines. But according to football historian David Goldblatt there is no evidence that these ancient games were central to the societies they were played in. For a society that placed football, or at least variants of it, in an important social role we have to go to the ancient civilisations of South and Central America. It seems that for over 3000 years football games were important to the Aztecs and Mayans. This continued up until the sixteenth century when Spanish invaders destroyed these societies. A major factor in the ancient South American game was the development of a hollow bouncing ball, made with rubber derived from trees in South America’s forests. In most circumstances objects are inert: when a stone is thrown on the floor it stays there. A rubber ball, by contrast seems to have a life of its own in the energetic way it bounces back. Archeological fragments suggest that rubber ball manufacture began as early as 1500BC, with team ball games emerging by 1200BC. Most of these involved keeping a ball off the ground, or only allowing a set number of bounces, a kind of volley ball. Other variants had targets through which a ball had to pass. Whatever form these games took, the ball had a central place in South American life and culture. The Mayans even had a creation myth, the Popul Vuh,which described the sun and the moon as divine ball players. Perhaps you could say that Johan Cruyff was a modern expression of this ancient reverence for the ball and those who can control it.

The image at the top of this article shows an ancient South American ball game in progress – from the Tepantitla murals in Teotihuacan, Mexico.  (Photo by Daniel Lobo)

The site of Tintagel in Cornwall has seen some controversy recently. A local councillor has complained about the decision by English Heritage to commission a carving representing Merlin on the cliff near a cave entrance linked to the legend of King Arthur. This carving, apparently amounts to “Disneyfication” of the site. The first thing to say is that early photos released of the carving seem to have made it look much bigger than it actually is. The second point is that Tintagel’s new carving actually taps into an artistic practice that goes back much further into history than the Disney company. Leroi Gorman has suggested that stone-age people often used caves as dramatic galleries for their art. In two cave systems in France, there are a series of cave paintings and sculpture that follow a difficult river route. The idea is that the struggle necessary to get through the cave to see the art was part of an overall emotional effect. There are suggestions that this kind of “cave experience” was used as training or an initiation ritual. Maybe the best way to view Merlin’s carving at Tintagel is as an echo of those cave experiences created by man thousands of years ago. English Heritage says the carving is part of a planned scheme for a number of artistic installations to explore the history of the site. Ancient cave art was similar in its aims. 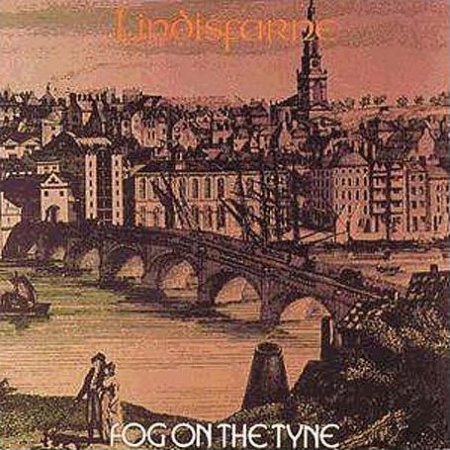 “The fog on the Tyne is all mine,” sang Alan Hull. It was 1972 and Lindisfarne’s Fog on the Tyne was top of the UK album charts. This was the year Edward Heath’s government was preparing to take Britain into Europe for the first time. Naturally there was much argument. Pro-Europe Edward Heath managed to get a majority of his MPs to support him, though the Labour Party was opposed. This opposition led to the resignation of Labour’s deputy leader Roy Jenkins, who was in favour of supporting Heath’s efforts. The pro-Europe lobby managed to prevail through all this turmoil, and the European Communities Act was passed in October 1972. Britan entered the European Economic Community the following year.

Meanwhile Alan Hull was singing that the fog on the Tyne belonged to him. This of course was not meant to be taken seriously. The fog on the Tyne cannot really belong to anyone. But ironically, it is only something that belongs to no one in particular than can belong to everyone. With issues of nationalism and identity in the air, Alan Hull was making his statement about how a feeling of belonging can be combined with an open hearted view of the world. The Tyne was a place of trade, where different people came together to share what they have. Ships from overseas sit at the quayside on the charming album cover. It seems that people of all kinds might go there, and feel a sense that the Fog on the Tyne could belong to them.

Secret Street is on a free promotion for the next five days.  This is a book of magic for those of us who are too big to fit down rabbit holes, and can’t seem to find hidden worlds through the back of wardrobes.

My mother-in-law shared a wonderful photo this week of a group of Kent girls dressed up to celebrate the Festival of Britain in 1951. This was a major event designed to celebrate Britain’s recovery from the Second World War. Sadly little of the Festival remains. With the exception of the Royal Festival Hall, the complex of buildings erected for the event on London’s South Bank has not survived. Unfortunately the Festival became a political issue. Organised by Clement Attlee’s post war Labour government, there was vigorous opposition from the Conservatives. Winston Churchill declared that the project was an expensive exercise in socialist propaganda. As soon as the Conservatives returned to power, in October of 1951, work started to demolish the Festival site. Today such an attitude seems incomprehensible. We have large-scale public events, the Millennium celebrations, or the London Olympics for example, which are not seen as socialist propaganda. You could make a point that perhaps today we have a greater acceptance of government organisation of life. But that’s not really accurate. There were massive public events in the nineteenth century, the Great Exhibition of 1851 for example, which left us the legacy of the museums in South Kensington. The truth is the Festival of Britain was a huge success enjoyed by many. There were ten million paid admissions over a period of five months. An incoming government did not like having a symbol of such success sitting in the middle of London. It had to go. But Jean’s photo is a small reminder of a great occasion.

Welcome to my new website where you can keep track of my writing activities.  It might help me keep track as well.