The Pilgrims’ Way, one of my favourite cycle rides, does not take you through the Alps or the High Sierra. There’s no Matterhorn or Grand Canyon, no easy recourse to adjectives of size. An understated beauty is not easy to describe, as Leonardo Da Vinci found when he had a go at painting a subtle smile.

Thinking and reading about the Pilgrims’ Way, in the afterglow of a ride along it, I discovered a history as a simple track, which evolved at a convenient border between heavy, cultivated lowland soil, and rough, sometimes inaccessible ground up on the crest of the North Downs. Borrowing from Saul Bellow, this was an unassuming route serving travellers “without any special Jerusalem or Kiev in mind.” And yet the North Downs trackway – originally running from the Kent coast all the way to the ceremonial monuments at Avebury and Stonehenge in Wiltshire – also has undeniable mystical connections. The Wiltshire ceremonial complexes, and the road connected to them, were built on dramatic landscape features which have long figured in people’s imaginations as spiritual symbols. The Hindus had their mythic Mount Meru, the Japanese, Mount Fuji, the Christians, Mount Sinai. Greek goddesses lived on Mount Parnassus. The people of ancient Britain revered their downland. The Pilgrims’ Way was a functional route, which remained part of a symbolic outdoor theatre extending across a swath of southern England, designed to make you think bigger and see wider. It was difficult to differentiate the special place you were travelling towards and the affecting road you travelled to get there. 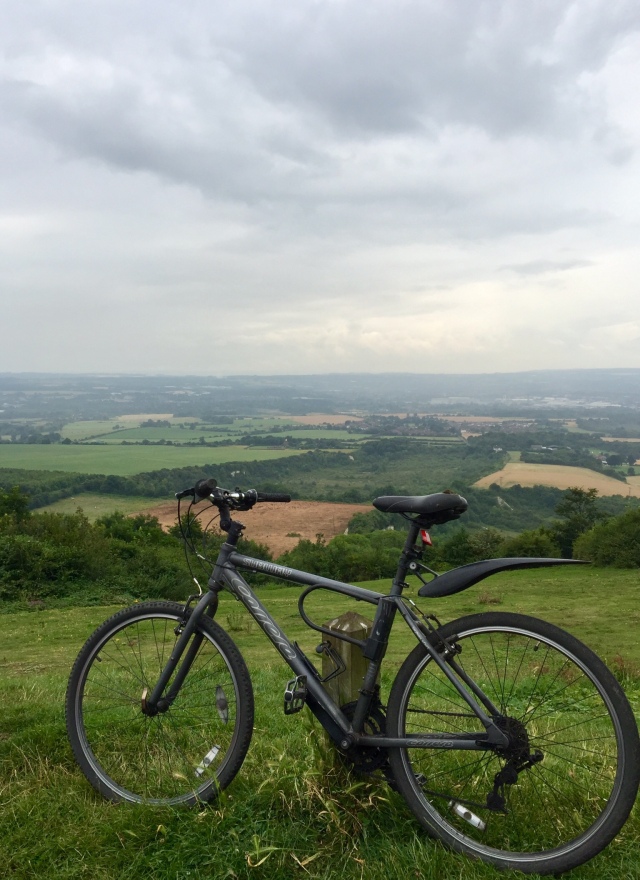 The power of the Pilgrims’ Way is demonstrated by the fact that it suffered a fate reserved for the most spiritually significant of places – usurpation by Christianity. Following the founding of Britain’s first Christian church, at Canterbury by missionary St Augustine in 597AD, a policy of assimilation began. Just as pagan celebrations were modified into Christian festivals, and churches built on the sites of older shrines, so people made pilgrimages from Winchester to Canterbury along the same road used by their predecessors. It was the Victorians who finished the process of assimilation, when they decided to invent a Pilgrims’ Way, giving the suggestion that this route was some kind of standardised road dedicated to Christian pilgrimage. This isn’t the case. People on pilgrimage to Canterbury came not just from Winchester, but from all over the country, using any convenient route. Chaucer’s pilgrims, for example, made their journey from London to Canterbury along Watling Street, the course of which is now marked by the less than spiritual A2. The official history of the Ordnance Survey terms the name Pilgrims’ Way an “enduring archeological blunder” blaming OS director Sir Henry James, after one of his researchers applied the term to the route in 1871. 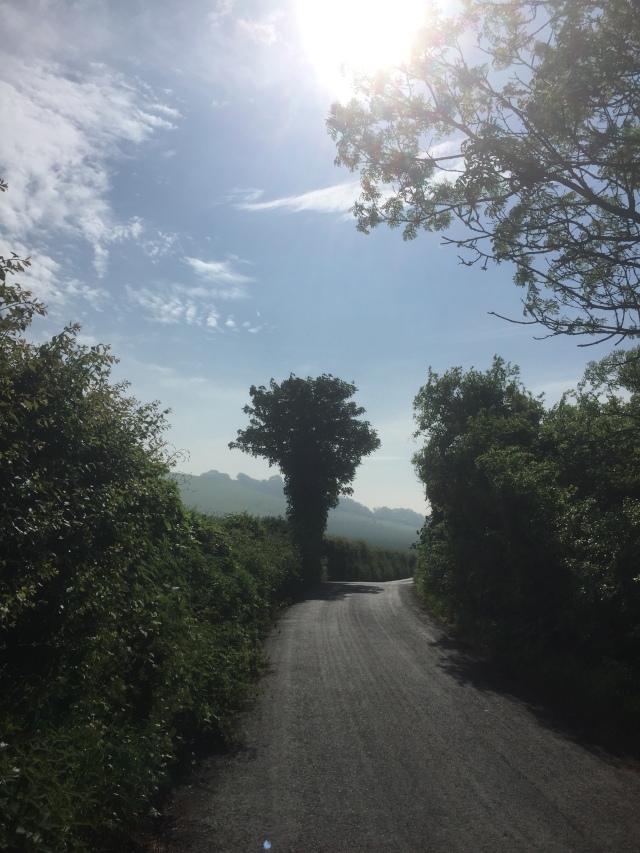 The enthusiasms of Sir Henry James aside, I like to remember that the North Down’s trackway has a much bigger history than that related to Christian pilgrims. This is a route probably dating to the Stone Age – archeological finds suggesting a history stretching back to at least 400-600BC. Up on a hillside that stretches for hundreds of miles, you enjoy a breadth of vision that is not comfortable with confinement in certain places, or the names of this or that religion. It is not even comfortable with the label of historical significance, preferring instead to remain a quiet, unassuming route, parts of which do not appear on most maps. It’s a special road in the sense that Bob Dylan’s Route 61, or the Beatles’ Penny Lane are special – never so extraordinary that they are shut away from daily life.