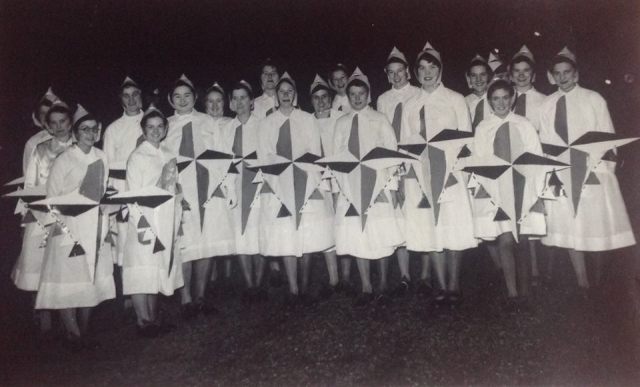 My mother-in-law shared a wonderful photo this week of a group of Kent girls dressed up to celebrate the Festival of Britain in 1951. This was a major event designed to celebrate Britain’s recovery from the Second World War. Sadly little of the Festival remains. With the exception of the Royal Festival Hall, the complex of buildings erected for the event on London’s South Bank has not survived. Unfortunately the Festival became a political issue. Organised by Clement Attlee’s post war Labour government, there was vigorous opposition from the Conservatives. Winston Churchill declared that the project was an expensive exercise in socialist propaganda. As soon as the Conservatives returned to power, in October of 1951, work started to demolish the Festival site. Today such an attitude seems incomprehensible. We have large-scale public events, the Millennium celebrations, or the London Olympics for example, which are not seen as socialist propaganda. You could make a point that perhaps today we have a greater acceptance of government organisation of life. But that’s not really accurate. There were massive public events in the nineteenth century, the Great Exhibition of 1851 for example, which left us the legacy of the museums in South Kensington. The truth is the Festival of Britain was a huge success enjoyed by many. There were ten million paid admissions over a period of five months. An incoming government did not like having a symbol of such success sitting in the middle of London. It had to go. But Jean’s photo is a small reminder of a great occasion.