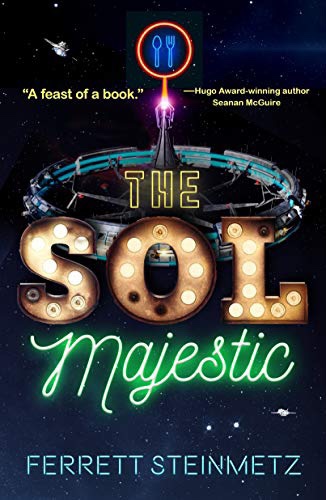 I decided to be a writer in the summer of 1986. Writing wasn’t a new idea. It had been there in the background, through variously unrealistic astronaut, fireman, air traffic controller and musician phases. As a keen undergraduate I wrote two plays, which nobody would stage. Then, after finishing university, what had long been a vague idea hardened into a decision. My parents were worried. This writing plan was sucking motivation away from committing to something more sensible. Employers love it when they feel that you are only doing their stupid job while you get on with something else.

I tried not to let doubts derail my determination, but I wouldn’t be human if there weren’t days when this writing plan seemed like total madness. My early efforts coincided with a long term admiration for Nick Hornsby’s Fever Pitch, which tells the story of a struggling writer who loves Arsenal football club. There is a passage in that book which haunted me, describing a player called Gus Caesar, who had a famously difficult career at Arsenal as a nervous centre back. After all these years it still gives me the shivers to read those paragraphs again…

Think about it. At school he must have been much, much better than his peers, so he gets picked for the school team, and then some representative side, South London Boys or what have you; and he’s still better than anyone else in the team, by miles, so the scouts come to watch, and he’s offered an apprenticeship not with Fulham or Brentford, but with the mighty Arsenal…. To get where he did, Gus Caesar clearly had more talent than nearly everyone in his generation… and it still wasn’t quite enough… Gus must have known he was good, just as any pop band who has played the Marquee know they are destined for Madison Square Garden and an NME front cover and just as any writer who has sent off a completed manuscript to Faber and Faber knows that he is two years away from a Booker. You trust that feeling with your life… and it doesn’t mean anything at all. 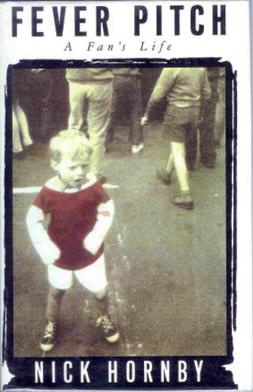 Gus Caesar gave me pause – it would be foolish to deny it. But for some reason, I kept writing and hoping. And so, many years later, we come to the book I have just finished reading, The Sol Majestic by Ferrett Steinmetz. At the end of this unusual sci fi novel set in a space station restaurant, there’s an epilogue where Ferrett describes how he wrote page one on the day he nearly gave up writing. During a twenty year writing career, he had completed seven novels and numerous short stories. All he had to show for it was a novella which had been nominated for a prize, and a collection of sympathetic, personalised rejection letters from literary agents. Following the latest rejection of novel #7, our unhappy writer weeps in his basement, holing up there so that his wife doesn’t have to witness his degradation. At this critical moment it is clear he would have to start a novel immediately, or never write again. Ferrett’s desperate, unplanned first page eventually became The Sol Majestic – describing the growing pains of Kenna, a young man with a family obligation to become a kind of guru. He is the son of parents who belong to a now fading group of spiritual advisers, who once made a living offering reassurance to worried political leaders and VIPs. They are hoping that Kenna will revive their fortunes.

Working in a space station restaurant kitchen, Kenna struggles with the expectations placed upon him, and the lack of any evidence that he has guru potential. But the book really works when his doubts become part of things proceeding in a reassuring way. There’s a scene, for example, where Kenna and young chef trainee Benzo are trying to master the preparation of a tricky consommé – a clear soup. Over and over again they try and fail to make a perfect, crystal clear consommé. After hundreds of attempts, progress finally comes by trying something other than diligent attention to head chef Paulius’s recipe. The youngsters start to experiment with changes or additions of their own. In doing so they don’t improve upon the master’s work, but they do eventually discover exactly why the head chef has set down each step as he did. They come back to the original recipe with a wider perspective on cooking, which allows them to finally get the consommé right. This soupy parable suggests that doubt and confusion can offer a more secure route to achievement than blindly following a recipe for success, even though that guidance had been perfect all along.

I am not a published writer like Ferrett Steinmetz. After decades of writing, I am in my own basement, with my own collection of sympathetic personalised rejection letters from agents, and a first place in a short story competition. It isn’t clear whether this will ever turn into something more substantial. But The Sol Majestic came out of a basement like this, offering reassurance to all those who are trying to do something that requires belief. Doubts are ok. They can even help.

It wasn’t clever plotting or exciting action which made The Sol Majestic for me, it was a sense of thoughtful generosity. The Sol Majestic is a soup of a book, with a warm, pungent, comforting and complex flavour, which Ferrett offers readers, who sit in their basements, hoping for whatever it is they are hoping for. And relaxing there, eating soup, you look back and realise success is more complex than a recipe. Out of interest I had another look at the career of Gus Caesar. Wikipedia told me his career at Arsenal was difficult, but he spent five years there, before going on to happier times as a journeyman footballer with other teams. At Colchester United and non-league Dagenham, he actually seemed to enjoy himself, He was celebrated at these teams, both for a string of good performances and his nice bloke personality. Gus Caesar made a living from what he enjoyed. In his own way, he found people who valued his contribution. Any writer would be grateful for that. What is success? Winning the World Cup? Winning the Booker? In that case hardly anyone ever succeeds. Maybe it is better to live your life by different rules, enjoying what you do and seeing what happens.