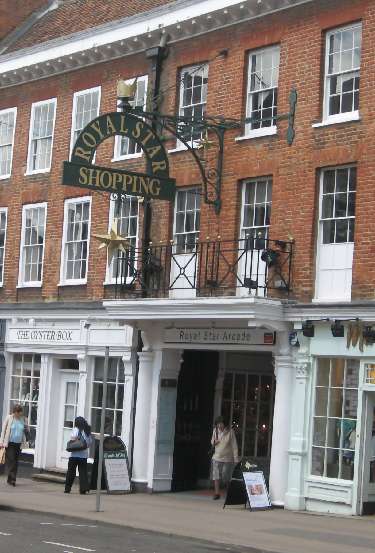 The balcony in Maidstone, Kent, where Benjamin Disraeli gave his victory speech when he first became an MP in 1837

Theresa May in her first speech outside Number 10 said that she was a one nation Conservative.  As it happened, I was just finishing Sybil, by nineteenth century Conservative prime minister Benjamin Disraeli – the book from which the One Nation idea derives.  Sybil, set in northern England, describes a calamitous divide between rich and poor, a division so dramatic that people live entirely different existences within one country.

Sybil certainly does not shy away from the iniquities of social division.  The descriptions of poverty, oppression and infanticide are comparable with Dickens.  Nevertheless, the complexity of the book comes from showing that the two nation divide is also an illusion.  There are all kinds of plot twists showing complex links between the two worlds.  Today Labour leaders like Jeremy Corbyn or John McDonnell cling to the illusion of worker solidarity; but as they face another day of rows, resignations and turbulence, perhaps they should read the following passage from Disraeli’s book as the lovely Sybil comes to realise that her cause is not as straightforward as it appears:

There was not that strong and rude simplicity in its organization she had supposed. The characters were more various, the motives more mixed, the classes more blended, the elements of each more subtle and diversified, than she had imagined. The People she found was not that pure embodiment of unity of feeling, of interest, and of purpose, which she had pictured in her abstractions. The people had enemies among the people: their own passions; which made them often sympathize, often combine, with the privileged.

As a story, Disraeli shamelessly uses that tried and tested Mills and Boon device, where a man and woman, though apparently hopelessly divided by wealth, find unlikely love – the worthy shop girl catching the eye of the billionaire idea.  This familiar plot becomes part of Disraeli’s bigger argument about the complexity of social divisions.

There are long nineteenth century sentences to deal with; and at some points Disraeli gaily abandons that good advice to show rather than tell.  But this is a great book, one of the most influential in the history of modern British government, with continuing relevance to the politics we see today.