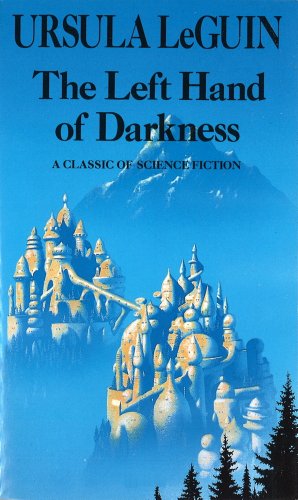 An envoy arrives on a rather backward planet called Winter.  His mission is to try to persuade Winter’s leaders to join a wider confederation of planets.  Blinkered nationalism, however, refuses to see the benefits of cooperation.  The envoy remarks sadly on his conversation with a stubborn king: “All I’ve told him means to him simply that his power is threatened, his kingdom is a dust mote in space, his kingship is a joke to men who rule a hundred worlds.”

Ursula Le Guin’s The Left Hand of Darkness is best known for its feminist theme, the inhabitants of Winter containing both female and male potential within one body.  But the book’s fascinating meditations are not confined to the relationships of men and women. Gender politics are part of wider duality informing religion and politics generally.  So wide ranging is the story’s scope that within a few paragraphs, this book published in 1969 was making me think of news I had read that day about Brexit and American elections. In an age of resurgent nationalism, The Left Hand of Darkness has much to tell us.

The minister Estraven could be giving advice to nationalists everywhere when he says: “No, I don’t mean love, when I say patriotism.  I mean fear.  The fear of the other.”