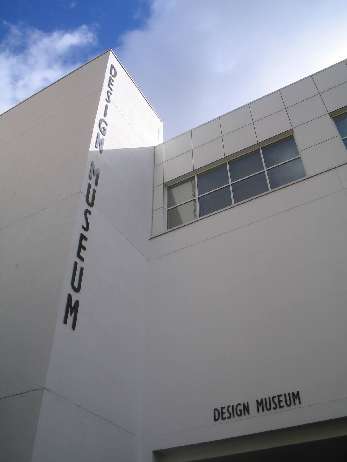 The Design Museum which reopens in November celebrates a process which is inextricably linked with the modern world. The period from 1770 to 1914 saw European society change profoundly. Industrialisation meant that craftsmen could no longer make spontaneous decisions about what they made. The actual creation of a product was increasingly mechanised, and a product’s form had to be worked out carefully beforehand, by someone who became known as a designer. This process began late in the eighteenth century, and is well illustrated by developments in textile production. In 1764 James Hargreaves invented the spinning jenny, a machine with sixteen spindles that greatly speeded up the spinning process. By 1769 this machine was being sold widely. Before any item was made using the spinning jenny it had to be planned, and then put into production.

But it wasn’t only technical planning that designers were responsible for. As they were designing the process to create a product, it occurred to many that planned changes to a product would help sales. From the 1760s the Lyons silk industry introduced twice yearly collections to enhance differentiation between products, to stimulate trade, and to combat copying. By 1800 patterns in printed cotton for dresses changed routinely with each season. For furniture fabrics new patterns were produced every two to three years.

So designers created the technical ability of modern industry to produce products efficiently. They also created the idea of fashion that would keep people buying those products.  This process is exactly the same as the one applying now with something like the Apple iPhone.  The iPhone is upgraded annually, with a smaller upgrade within this cycle every six months.  These upgrades include both technical and aesthetic changes.  This design philosophy first emerged in the Lyons silk industry of the 1760s and has been travelling around an infinite loop ever since.