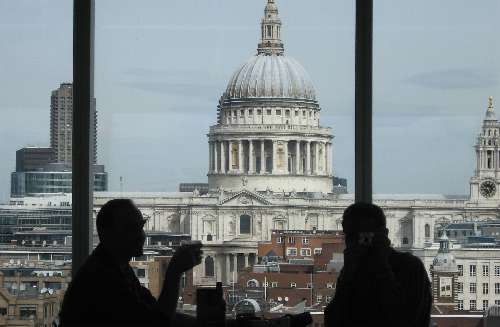 A “selfie” of me and my brother taken in a mirror at the Tate Modern, London

A few weeks ago I wrote about the name of the band Blondie, amusing myself by reflecting on the ie ending, which is typically used in words that convey a playful, childlike quality.

While writing that article I started thinking about the word selfie.  This manner of presenting yourself has become hugely popular. On Instagram over 90 million photos are currently posted with the hashtag #me.  According to Wikipedia, the first written use of the word occurred on an Australian internet forum on 13th September 2002, when Nathan Hope wrote:

Um, drunk at a mates 21st, I tripped ofer (sic) and landed lip first (with front teeth coming a very close second) on a set of steps. I had a hole about 1cm long right through my bottom lip. And sorry about the focus, it was a selfie.

From Nathan’s description of his mishap in 2002, selfies proliferated.  Their huge impact has attracted some substantial analysis.  Elizabeth Day writing in The Guardian has compared the selfie to pictorial representations of the self going all the way back to hand stencils seen in prehistoric cave art.

Stenciled hands at Cueva de las Monas in Argentina.  The art in the cave dates from between 13,000 to 9000 years ago

But here’s the thing – imagine you are at a concert.  You are on stage and everyone is waving their hands above their heads as you sing your latest hit.  Those hands do not signify individuals so much as a mass of people offering up their hands, their abilities, their efforts, to the greater good, which in this case is the person on stage singing a song.   Hands held up in offering to the singer suggest the suppression of individuality.  I remember reading Hard Times in the Sixth Form at school, a book in which Charles Dickens called industrial workers “hands”, because to the factory owners that’s all they were.  And archeological evidence would suggest that individuality wasn’t important back when prehistoric people blew pigment around the outline of their hands.  Prehistoric people seem to have lived as Kalahari bush people do today, sharing all they have with each other.  Individuality came later as a more complex society required people to play lots of different roles.

And so, to cut a long story short, we get to 2002. A young Australian man gets drunk at a party, falls over, sustaining injuries which probably require the attention of an oral/maxillofacial surgeon, and then takes a photo of himself in said state of disarray.  The selfie was born.  If ever there was an art form that expresses the swing towards the importance of the self, then this is it.  Some commentators describe selfies in terms of narcissism.  There is some support for this view in that ie sound which ends the word, harking back to childhood where the self and its needs are all there is.  The hands of the caves are no more.  The complexity of society has produced individuals, and the ultimate in an individual art form.

And yet we remain social animals. The selfie is a fun, playful image of yourself – but it is also a planned image masquerading as the playful.  Trained selfie takers use a high angle, which serves to make the eyes look bigger and more appealing, as well as tending to have a slimming effect on the face.   Then you might apply a filter, something with a nostalgic tint perhaps that suggests happy hours spent surfing waves that broke on beaches in the 1970s, a beach trip from which you have just returned all tousled and refreshed.   Then this honed image goes out to others, who might provide likes. The hope is that your face will meet with approval from the wider group to whom, if you’re braver, younger and better looking than me, you offer yourself up.  The selfie is you, but it’s you going out to others.