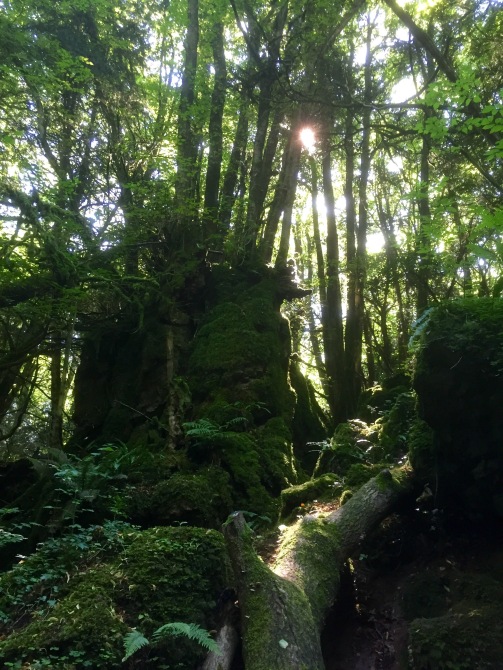 It’s the summer and people are taking their holidays.  A few days ago, my brother set out on his bike ride from Land’s End to John o’Groats, while my wife found us a hotel in the Forest of Dean, convenient for meeting up with the intrepid adventurer.  It seems natural to take trips like this.  It’s hard to remember that until the sixteenth century, most people had only two options for getting away.  You could become a soldier, or a pilgrim.  If you didn’t fancy the prospect of getting hacked to death, or facing a dangerous journey in pursuit of dubious spiritual gain, the only other option was to read, or more likely listen, to a story.   Not surprisingly, authors aiming to transport their readers often based their work on activities that offered escape in real life. English literature’s oldest work, Beowulf, written some time between the eighth and eleventh centuries, tells of a warrior journeying in pursuit of a monster. Then in the fourteenth century, Chaucer wrote his famous Canterbury Tales about a pilgrimage between London and Canterbury. Going back to the military travel option, the fourteenth century also offered readers Sir Gawain and the Green Knight, by an unknown author, following the wanderings of a soldier trying and failing to live up to the virtues of knighthood.

At about the same time, William Langland was attempting something a little different. His traveller was a ploughman, who rather than leaving his monotonous rut in a physical sense, went journeying in dreams.  Piers Ploughman is like someone sitting in their bedroom, reading.

By the eighteenth and nineteenth centuries, the idea of travelling to a new world while not straying too far from home was catching on. Places in the UK that happened to have an otherworldly feel became popular tourist destinations. Mother Shipton’s Cave, Britain’s oldest paying visitor attraction, opened in 1630. The Mother Shipton experience involves a gentle walk beside the River Nidd, to an unusual cave formation produced by the passage of mineral-rich water.  Here, conveniently close to the Yorkshire town of Knaresborough, visitors find themselves in a place that seems a world away. Other easily accessible escapes also became popular.  The Silent Pool and Box Hill in Surrey, Chedder Gorge in Somerset, Lydford Gorge in Devon, Dovedale in Derbyshire, the whole of the Lake District, and Puzzlewood in the Forest of Dean, all provided a way out into the unknown.

Once again the physical places where people went to escape, influenced the writing that served a similar purpose.  Mother Shipton’s Book of Prophecies was a best seller in the seventeenth and eighteenth centuries. The Lake District influenced a lot of famous poetry. Martin Tupper wrote stories about the Silent Pool. Keats wrote about Box Hill. Tolkien visited Cheddar Gorge, which influenced his imaginary Helms Deep.

Tolkien also visited the Forest of Dean – as I did this weekend – and probably made his way to the well-known curiosity that is Puzzlewood.  This is an amazing few acres of woodland, growing around a collapsed cave system and Iron Age mine workings. I paid my £6.50, walked down a path beside an enclosure for hens and passed through an opening between thickly foliaged boughs.  Then, against all odds, the forests of Middle Earth reared up around me.  I saw a child in a Star Wars T-shirt, busy exploring the forest planet of Takodama, a part played by Puzzlewood in Star Wars The Force Awakens.

Walking through Puzzlewood I was walking in a story, a place that takes you somewhere else, while staying in the world you know.