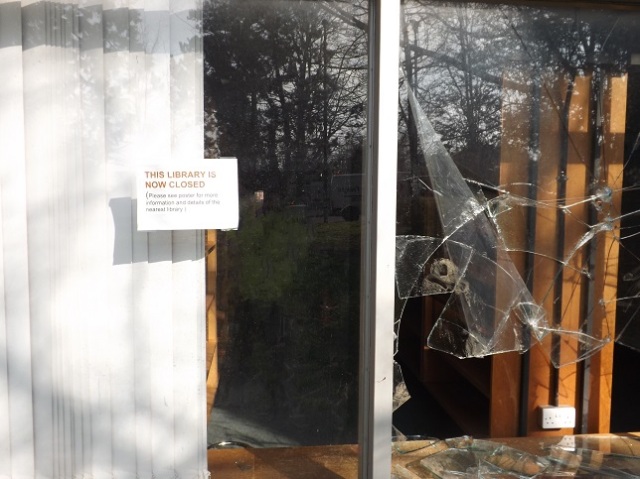 In the last six years 343 libraries in Britain have closed, according to the BBC. A further 111 closures are planned for this year. When I was growing up, the library was one of my favourite places. I used to go to the now closed Kent County Library, a wonderful circular building, with an orbiting balcony where you could sit in alcoves made of books and read for hours.

Not only do libraries have a long history, they in fact mark the beginning of history itself. Clay tablets written in cuneiform script have been found in temple rooms in Sumer, modern day Iraq, dating back to 2,500BC. These temple rooms were the first libraries, and also marked the end of prehistory for which we have no written records, and the start of history, when people started to write things down. The symbolic power of libraries was not lost on the Romans, who established the first public libraries. Roman emperors tried to outshine their predecessors by opening more and bigger libraries. Into the modern age, the Public Libraries Act of 1850 was a symbol that universal literacy had arrived. Libraries stand for learning, social justice, and civilisation itself. Against this sort of background it is not surprising that the loss of libraries stirs passions. Whether it is the Library of Alexandria burning down or Heaton Library in Bradford closing, the sense of loss is similar. But as someone who loved a library, I cannot help but feel that their loss is inevitable. I love my tablet and the way I can access books so easily, and then access information within the books, via online dictionaries and explanatory articles. I love the way I can change text size and page colour to suit my eyes. More than that I love the fact that with modern technology, a library no longer has to be a building. Wisdom has never actually been confined to certain people or places, and today we see the proof of that more powerfully than ever before.