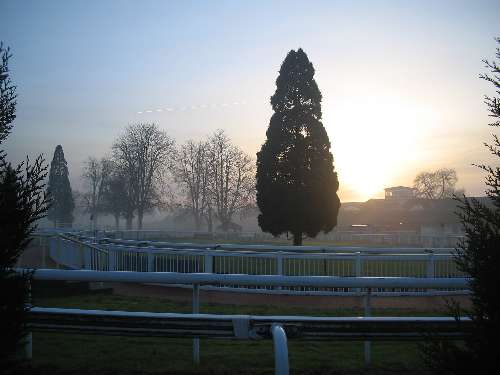 April’s Grand National at Aintree has a prize fund of over £1 million, the greatest of any jump race in Europe. Horse Racing has always been unashamedly commercial, ever since rascally King Charles II used to disappear up to Newmarket in the 1670s to have a flutter on the horses. In fact the presence of high street bookmakers is down to horse racing. Until 1960 betting could only take place at race meetings, or via postal bookies who had a reputation for unreliability. This meant that punters who couldn’t attend meetings were likely to go to an illegal street bookie, who because you knew where they lived, were much more likely to honour bets than postal bookies. By 1960 the illegal street betting industry was so huge that the government gave in and legalised high street betting shops. But even with this commercial background, horse racing is still a sport, in the sense that it is about more than money. This is clear in the way many people involved in racing do not put financial profit as their top priority. Horse racing is often irrational as a way of making money. For many years race entry fees were used to provide prize money, which meant that race horse owners were competing mainly to win back their own money. It is also the case that owners have nearly always spent more on their race horses than they earned from them. By the 1960s, prize money on average only contributed 23% of the total costs of ownership (figures quoted by sports historian Wray Vamplew). Most owners lose money, but are willing to bare these costs for the prestige of being involved in the sport. In the 1830s a third of owners were titled. Today the nobility have been replaced by super rich business people, who don’t seem to care about the costs of participation. For them sport is on a different plane to normal laws of profit and loss. The age of the gentleman amateur might appear to be over in sport. And yet some of the most prominent people in horse racing, the most unashamedly commercialised of all sports, don’t do it for the money.