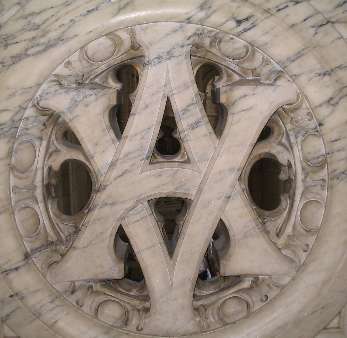 The Victoria and Albert Museum is one of the five short listed candidates for museum of the year. The V&A is an interesting museum for such an accolade. The V&A was originally dedicated to industrial design. In 1913 the scientific and industrial collection was taken to the nearby Science Museum, and the V&A was switched to its present role as a collection of decorative art. But even if we think of the V&A in terms of decorative arts, this does not lessen the significance of its collection. The history of art shows that there was always a stifling weight of expectation on areas of art considered important. For many centuries fine art was confined to churches and cathedrals, and its subject matter was limited by its religious setting. It was only in the decorative arts, with much lower expectations, that artists could widen their scope. During the Renaissance when art finally began to leave the Church, it was decorative art that led the way, with many famous artists engaging in this kind of work. The fifteenth century artist Botticelli, for example, painted furnishings for domestic use. I’ve seen one of Botticelli’s lovely laundry boxes at the National Gallery. A modern artist like Andy Warhol taps into this with his paintings of every day things – cans of beans and so on. So whether the V&A is the best museum or not, awards and a sense of importance can sometimes be a drawback. I’ll think about that next time I don’t get an award.